Governance at a Glance

Mr. Loughrey has been chairperson of the board since Feb. 27, 2013. He previously served as a director of the company since Feb. 11, 2009. On April 1, 2009, he retired from Cummins Inc. after serving in a variety of roles for 35 years, most recently as vice chairman of the board of directors and as the company's president and chief operating officer. Mr. Loughrey served on the board of directors of Cummins from July 2005 until May 2009. He has also served as a director of Sauer-Danfoss, Inc. (2000-2010). Mr. Loughrey currently serves on a number of boards, including as chairman of the board of Oxfam America and as a member of the boards of AB SKF; Hyster-Yale Materials Handling, Inc., where he serves as Chair of the Audit Committee; Vanguard Group, where he serves on the Audit Committee, the Nominating Committee, and the Compensation Committee; the Lumina Foundation for Education, where he serves as Chair of the Investment Committee; and the V Foundation for Cancer Research. He is past chairman and a current member of the advisory council to the College of Arts & Letters at the University of Notre Dame, where he also serves on the advisory board to the Kellogg Institute for International Studies. Recently, Mr. Loughrey was appointed by the Governor of Indiana to the newly-created Indiana Career Council. 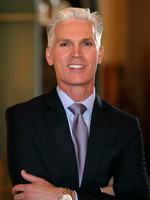 Joe A. Raver has served as a director and as President and Chief Executive Officer of Hillenbrand since September 2013. He has served as President of the Company’s Process Equipment Group since March 2011. Mr. Raver was elected as a director of Applied Industrial Technologies, Inc. (“AIT,”) a leading industrial distributor serving MRO and OEM customers in virtually every industry in August 2017. In October 2017, Mr. Raver was appointed to both the Audit and the Corporate Governance committees of AIT. He previously served as President of Batesville Casket Company from 2008 to 2011.

He also previously served as Vice President and General Manager of the respiratory care division of Hill-Rom Holdings (“Hill-Rom,” f/k/a Hillenbrand Industries, Inc.), a leading global provider of medical equipment and services and the Company’s former parent, as well as Hill-Rom’s Vice President of Strategy and Shared Services. Prior to that, Mr. Raver spent 10 years in a variety of leadership positions at Batesville Casket Company and Hill-Rom.

Mr. Novich has served as a director of the company since Feb. 24, 2010. He is the former chairman, president and chief executive officer of Ryerson, Inc., a global metals distributor and fabricator. Mr. Novich joined Ryerson in 1994 as chief operating officer, and was named president and CEO in 1995. He served on Ryerson's board from 1994 until 2007, adding chairman to his title in 1999. He remained chairman and CEO until 2007, when the company was sold. Prior to his time at Ryerson, Mr. Novich spent 13 years with Bain & Company, an international management consulting firm, where he spent several years as a partner. He serves on the boards of Analog Devices, Inc., where he chairs the Compensation Committee; Beacon Roofing Supply, where he is chair of the Audit Committee; and W.W. Grainger, Inc., where he is a member of the Audit Committee. Mr. Novich is also a trustee of both the Field Museum of National History and of Children’s Home & Aid in Chicago and is a member of the Visiting Committee to the Physical Sciences Division of the University of Chicago.

Ms. Cornell has served as a director of the company since Aug. 10, 2011. In November 2010, she retired as executive vice president and CFO of Gardner Denver, Inc., a leading global manufacturer of compressors, blowers, pumps, loading arms and fuel systems for various industrial, medical, environmental, transportation and process applications. During her 22-year tenure with Gardner Denver, Ms. Cornell served in various operating and financial roles, including vice president and general manager of the Fluid Transfer Division and vice president of strategic planning. She chairs the Audit Committee for the Alamo Group Inc., where she is also a member of the Compensation Committee; is on the board of the privately-owned Owensboro Grain Company, where she is Chairman of the Audit Committee and a member of the Executive Committee; and is on the board of the privately-owned Dot Foods, Inc., where she is a member of the Compensation Committee and Chairman of the Audit Committee. Ms. Cornell also serves on the boards of several not-for-profit organizations and is a certified public accountant (CPA).

Ms. Greenway has served as a director of the company since February 2013. She currently serves as Chief Financial Officer of the Global Purchasing and Supply Chain at General Motors, having served in that position since June 2014. Prior to that, she served as Senior Vice President of Visteon Corporation, a Tier 1 automotive systems supplier (2000-2013). Prior to joining Visteon, Ms. Greenway was employed as the Director, Manufacturing for United Technologies Corporation (1995-2000). Before United Technologies Corporation, Ms. Greenway was employed by GE Industrial Power Systems as a Materials Manager (1994-1995) and served in various management positions at GE Aerospace/Martin Marietta (1982-1994).

Mr. Johnson has served as a director of the company since March 31, 2008. He founded Johnson Consulting Group, a consulting firm focused on the death care industry. Prior to founding Johnson Consulting, he founded and served as president and chief executive officer of Prime Succession. Before Prime Succession, he served in a variety of other capacities in the death care profession, including as an executive of Batesville Casket Company. Mr. Johnson is the sole owner of Johnson Investment Group, LLC, which owns and operates two funeral homes in the Phoenix, Arizona, vicinity. He is also a 25 percent owner, and the managing member, of Fire and Stone Group, LLC, which owns and operates a funeral home in Batesville, Indiana. Mr. Johnson currently serves on the board of Great Western Life Insurance and had previously served on the board of the Funeral Service Foundation (2004-2010).

Gary Collar is the Senior Vice President and General Manager of Asia Pacific region for AGCO Corporation, a world leader in the development, manufacture and marketing of agricultural machinery and solutions. Mr. Collar is responsible for all activities and all brands within the region, which includes China, India, the Far East and Australia - New Zealand. In addition, Mr. Collar leads the development of Business, Distribution Structures and Investments in China for AGCO and has responsibility for AGCO’s global sales and marketing functions. He was appointed to his current position in January 2012. Mr. Collar is currently serving on the Board of Directors of Tractors and Equipment Ltd., Chennai, India; a manufacturer and distributor of AGCO licensed products in which AGCO has a minority holding. He is also serving on the Board of Directors of AGCO Finance, a joint venture between AGCO and De Lage Landen, which operates as a global source for wholesale and retail finance solution for AGCO’s customers. Mr. Collar previously served as Senior Vice President and General Manager of Europe, Africa, Middle East, Australia and New Zealand from 2004 to December 2011. Prior to that appointment, Mr. Collar was Vice President of Market Development, Worldwide for the Challenger Division, after joining AGCO in 2002. Mr. Collar has previously held various senior management positions within several divisions at ZF Friedrichshafen A.G. between 1994 and 2002. These assignments included President and CEO of the company’s Joint Venture producing steering systems for the North American automotive market, and Vice President, Business Development for the automotive group. Prior to this, he was employed by Caterpillar Incorporated.

Mr. Hillenbrand has served as a director of the company since May 9, 2018. Mr. Hillenbrand is currently Chairman, and was previously President and Chief Executive Officer, of Able Manufacturing and Assembly, LLC, a diversified manufacturing company with platforms in metal fabrication, fiberglass composites and plastic thermoform manufacturing. He also serves as Chairman of the Board of Nambé, LLC., a leading international high-end consumer products company, where he previously served as President and Chief Executive Officer. In addition, he is the Founder and Managing Partner of Clear Water Capital Partners, LLC, a private venture capital firm. Mr. Hillenbrand holds a Bachelor of Arts degree from Boston College and a Master's in Business Administration from Northwestern University's Kellogg School of Management. 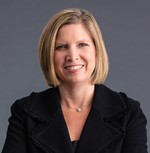 Ms. Rumsey has served as a director of the company since August 2020. Over her 20-year career at Cummins, Inc. (NYSE: CMI), Ms. Rumsey has served in a variety of leadership roles and is currently President of Cummins' Components segment. She oversees an organization of more than 12,000 employees world-wide with annual sales of approximately $7 billion and a global customer base. She was previously Vice President and Chief Technical Officer at Cummins, where she led the global technical organization of 11,000 employees responsible for research and engineering across Cummins. Ms. Rumsey holds a Bachelor of Science degree from Purdue University and a Master of Science in Mechanical Engineering from Massachusetts Institute of Technology. She is Six Sigma certified.

Meet our Board of Directors and view their bios.

View Board of Directors

Guidelines, Charters, and other Governance-related documents.

View our Global Environmental Policy and Human Rights Policy, as well as a listing of international reporting hotlines.

Includes information regarding the board's role in strategic planning, the functioning of the board, as well as meetings and committees of the board of directors.

View determinations with respect to independence of directors.

The board has adopted the various procedures to provide the company's security holders and other interested parties with a direct and open line of communication to the board of directors.

About Communication with Directors